Want to run Git bash and cmd.exe side by side? You got it. 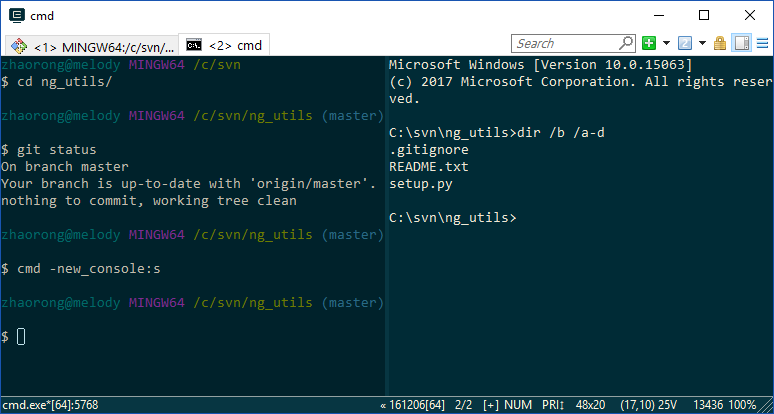 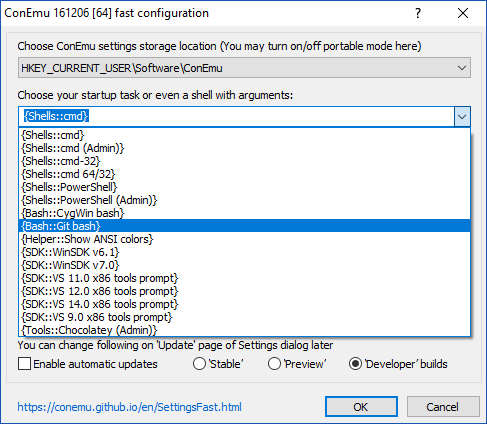 {Shells::cmd} is the Windows cmd.exe. {Bash::Git bash} is Git Bash.

Select {Bash::Git bash} for now. You can change it later by: Settings: Startup

Open a new tab for cmd.exe by: 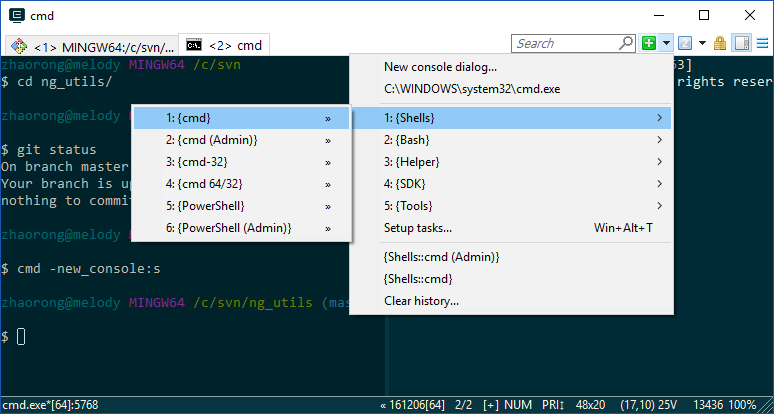 You can also open it as a split (pane) by: 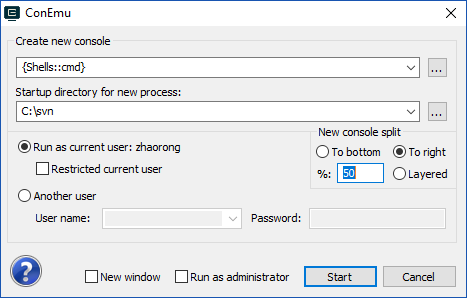 Refer to the documentation for more ways to split panes.

Now you can start to enjoy Windows terminal as never before. ^.^