Run emacs as daemon on Windows

I use emacs as the git editor. When editing rebasing or merging messages, it takes a while to start emacs. Therefore I looked into running emacs as daemon on Windows. Though I haven’t found a perfect solution, the following works for me. 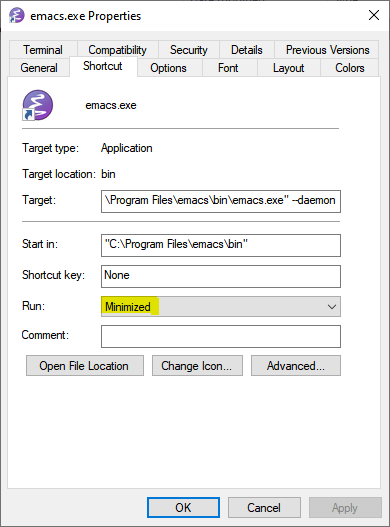 Then set git editor to emacsclient.

Alternative approach tried but failed: set git editor as emacsclient with alternate editor runemacs, as suggested on EmacsWiki. I had the issue of either not passing COMMIT_EDITMSG argument to runemacs, or passing #* as a buffer (which needs to be closed). i.e. not sure how to correctly pass argument such as COMMIT_EDITMSG to the alternate editor.